"Chef it up" With Shi LaChef!

16-year-old Vegan Chef reaches back to teach children about the importance of healthy living with her previously recorded video series in hopes of awakening us to see that "Health Starts at Home."

SAVE 40% OFF  DURING THIS CAMPAIGN ONLY 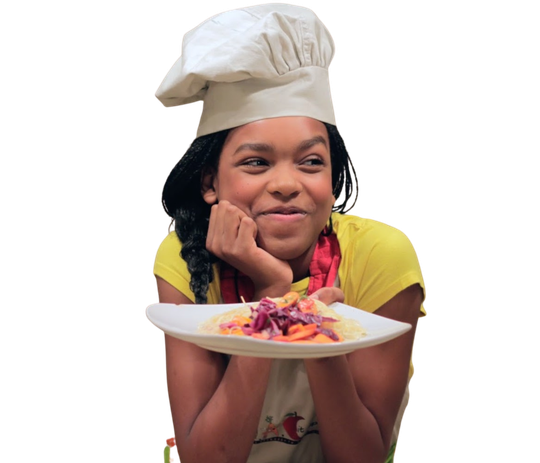 Health Starts at Home is a campaign headed by 16-year-old vegan chef, entrepreneur, and beverage creator, Shi LaChef, to capture the attention of a younger audience (4-12 years old) with her previously recorded 8-Episode children's video series that aims to educate about the importance of health and nutrition, while showing appreciation for what makes us special.  All of this while introducing the joy of cooking! Have your kids join Shi LaChef and learn how to chef it up today!

*A portion of the proceeds from this campaign will go directly to children whose families were most affected by COVID, including  college tuition.

In this fun video series, 12-year-old "Shi LaChef" changes the diets and minds of children using the proven power of peer to peer influence. Every episode includes the unforgettable 12-year-old food antagonist (Toby) that tries to destroy the concept of health using common opposing thoughts. With her delicious recipes and thought provoking ideas, "Shi LaChef" leaves children charged, encouraged, and ready to make healthy choices for their mind and body. Ideal for ages up to 12.

I can't stop watching Shi LaChef. I've watched each episode 3 times!! I exercised with the video, and I can't wait to go the grocery store, pick out some food, and come home and cook like Shi.

Shi LaChef, thank you! I I LOVE THIS video series. I can eat healthy and stay fit and strong. I want to watch it everyday after school. And guess what? I'm eating your healthy candy bar instead of the one from the store.

THANK YOU Shi LaChef! Not only is this a creative way to empower children in the area of healthy eating, it teaches character building principles. It's really cool how Shi dealt with the overall well-being of the child. To think that with this program, my child receives a video  from Shi LaChef every week for 1 year, I am SOLD. I can't wait to see more from Shi LaChef!

I have been an educator for 35 years, and this video series has captured the attention of my students like none other. The videos are fun, informative, and relevant. My students actually read ingredients now, and ask for healthier snacks. This could be the missing piece at home and school. 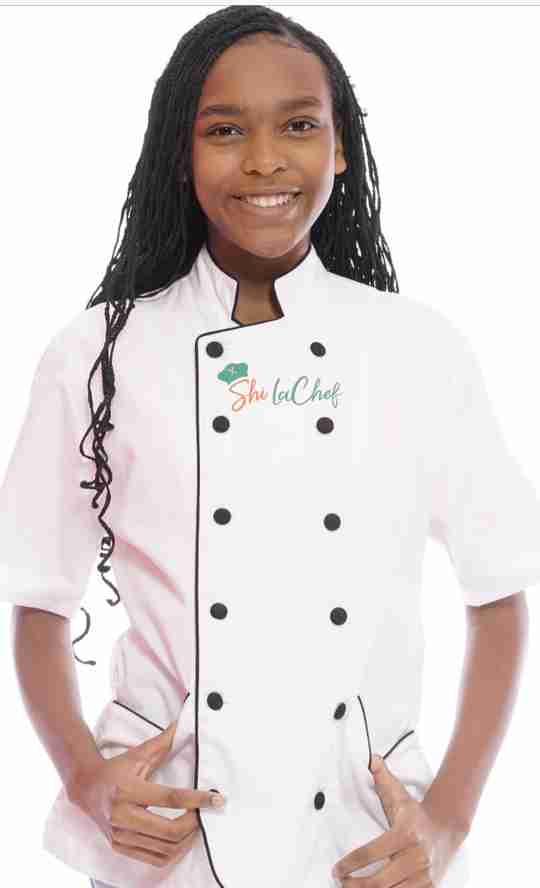 Shi LaChef is the fun and vibrant 16-year-old youth Chef, CEO, and TV personality committed to transforming the lives of her peers through healthy eating and thinking.

After getting off to a rocky start at home, she began speaking positive affirmations over herself, and found that this not only improved her home life but also made it super easy to choose healthy foods.

Shi LaChef then took healthy cooking to the next level by transforming healthy foods that are usually considered“unappealing” like brussel sprouts and broccoli and made them inviting and SNACalicious. Her passion for eating healthy translated into a desire for all children to be healthy while enjoying food that tastes great.

Shi LaChef has been featured on Sister Circle, ABC, CBS, NBC, and FOX, has worked with top executive chefs and has been featured in some of Atlanta’s upscale restaurants. In 2019, her delicious ginger lemonade beverages hit the ground running, and have gained loyal customers from 33 states!

As part of her growing brand, she conducts a series of workshops, hosts events, caters, and is committed to developing products that parents and children can feel good about.